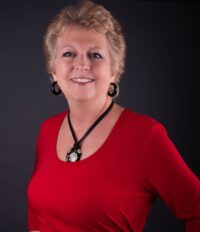 ORLANDO, Florida – The Association of the United States Army (AUSA) announced that Mary Trier, president and chief executive officer of Capital Communications and Consulting, has been chosen as the 2020 Drexel Biddle Medal recipient, a national award for outstanding contributions to the association.
“Mary Trier was among the first AUSA volunteer leaders I met when I came to the Association in 2016. It was clear to me then, and made more abundantly clear over the next few years, that she is an extraordinary leader of strong character,” said Gen. Carter Ham, AUSA president and chief executive officer. “Her commitment to soldiers, their families, Army civilians, veterans and to businesses large and small that support America’s Army has been unwavering. Simply put, Mary made AUSA better through her selfless service.”

Trier has been actively involved with AUSA since her time with the Army’s Program Executive Office Simulation, Training and Instrumentation, where she retired after a 23-year federal government civilian career.
“I feel extremely honored and humbled to have been selected as the Drexel Biddle Medal recipient,” stated Trier. “I am grateful for the people who served alongside me, my work family at Capital Communications, and my own family; because it is clear to me that we never make great achievements on our own. When I began my service to AUSA in the early 90s, I found a love of service, and I didn’t realize what a tremendous impact we can make for the Army, our Soldiers, their families, and the greater Army family.

Trier was the AUSA Sunshine Chapter president from 2008 to 2010. During her two-year term, the Orlando, Florida-based chapter was twice named Best Chapter in the national category of its size. She continues to serve the Sunshine Chapter on its Board of Governors.
Trier also served as Third Region president from 2012 to 2016, traveling extensively to visit the region’s chapters, providing support and encouragement to chapter leaders, and ensuring close communications between local chapters and national association leaders.
She currently serves AUSA as the South Florida state president and as Region President Emeritus. Additionally, Trier serves on the National Chapter Operations Committee and Scholarship Selection Committee, which awarded almost $300,000 in scholarships to Soldiers, family members, veterans and AUSA members in 2019 alone.

“Mary is highly respected and dedicated, and has served as an advisor and confidant,” said Kris McBride, AUSA Third Region president. “Her heart is in this, and it shows in everything she does.”

Trier is a board advisor for the newly formed Gary Sinise Foundation Orlando Chapter, and serves as the chair for the National Center for Simulation board of directors. She is also a longtime member of Interservice/Industry Training, Simulation and Education Conference (I/ITSEC) planning committee, and a member of other business and military associations.

She is a member of the first CEO Nexus all women CEO group, and a 2014 alumnus of Athena PowerLink Orlando offered by the Center for Advanced Entrepreneurship at Rollins College. In November 2015, Trier completed the Rollins Business Accelerator course at the Crummer Graduate School of Business at Rollins College.